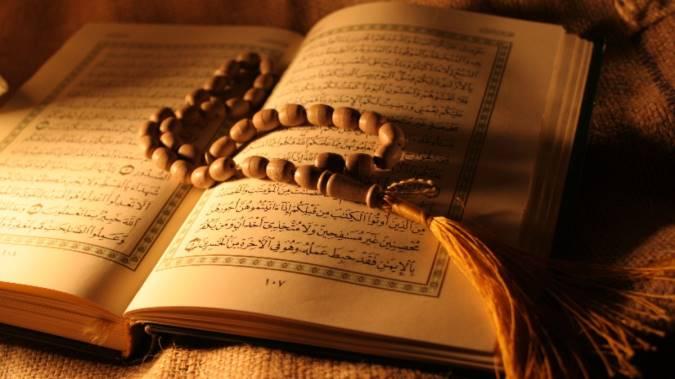 Islam is concerned with solving two of the biggest problems that affect our societies: poverty and unemployment. From the beginning, we noticed that a series of ordinances and precepts were established to prevent this calamity from falling on men, because they are two misfortunes that can do much harm to society, so much so that they can even destroy it. Narrowness and lack of work can affect the behavior, morals and beliefs of the individual. It is a fact confirmed by statistics and the same reality, that these two misfortunes have a direct effect on the psychological health of people, especially those who are far from religious belief and practice; as a consequence, many fall into the consumption of intoxicating and hallucinogenic substances, and crime (robberies, murders, rapes, etc.) increases alarmingly. It is a catastrophe in every sense of the word, and that is why our beloved Prophet Muhammad, sallallahu ‘alaihi wa sallam, in a single plea asking for salvation from falling into disbelief and poverty, said: «Oh Allah! I take refuge in You from unbelief and poverty. » [Abu Dawud, An-Nasai ‘and Ahmad]

In the same way that poverty and unemployment overshadow the lives of millions of people today, in the past things were not better, the only difference is the number of inhabitants and the way of life, but in itself, the consequences are and were always the same. For this reason, Prophet Muhammad, sallallahu ‘alaihi wa sallam, presented the practical and gradual solution based on the precepts of Shari’ah (Islamic jurisprudence). He began by urging and urging people to act and work to achieve lawful livelihood, in addition, he taught that no work is shameful or unworthy, unless it is related to the things that Allah Prohibited, he founded new professions and companies with that people found a way to earn what they needed. The Prophets, peace be upon them all, they taught by their own example that the human being should strive to get his food and provision, said Prophet Muhammad, sallallahu ‘alaihi wa sallam: «There was never anyone whose livelihood was better than that achieved with one’s own effort, and the Prophet Dawud (David), peace be upon him, did not eat anything that had not been earned by his work. » [Bukhari]

The Messenger of Allah, sallallahu ‘alaihi wa sallam, was no exception to the rule; It is known that as a child he tried to collaborate with the expenses of his uncle’s household by working as a pastor and then, being older, he was a merchant. Abu Hurariah, may Allaah be pleased with him, reported that the Envoy of Allah, sallallahu ‘alaihi wa sallam, said: «All the Prophets of Allah were shepherds of sheep»; his Sahabah asked him: «You too?» He replied: «I was a shepherd, I worked for people of Mecca grazing their flocks in the vicinity of the city.» [Bukhari]

One of the most important aspects established by the Prophet Muhammad, sallallahu ‘alaihi wa sallam, was the indisputable relationship between work and the worship of Allah, that is, work is a way of worshiping Allah and that With him His reward and consent is achieved.

The Prophet Muhammad, sallallahu ‘alaihi wa sallam, always taught that it is better to work than to ask for help, even if the work done is considered by some as poor or desperate, the work is not ashamed, as we said, and that is why the Messenger Al-lah, sallallahu ‘alaihi wa sallam, said: «Let a person take a loop to gather firewood, then load it on his back and sell it, thus achieving Al-lah’s livelihood, it is better if he I asked people for help, whether I gave it or not. » [Bukhari]

Likewise, we found the Envoy of Allah, sallallahu ‘alaihi wa sallam, promoting new projects and ideas that helped improve the economic situation of his people. It is known, as recorded by Bukhari, that Allaah may have it in His mercy, that when the Muhayirun (the people who emigrated from Mecca to Medina) left Mecca, they left all their goods and wealth behind. Upon arriving in Medina, the Ansar (inhabitants of Medina who had accepted Islam), seeing the seriousness of the situation in which his brothers in Mecca were, addressed the Prophet Muhammad, sallallahu ‘alaihi wa sallam, and offered to distribute equally the lands and date palms they had. The Messenger of Allah, sallallahu ‘alaihi wa sallam, refused. So, they proposed that the Muhayirun be partners in the profits (the fruits), the Ansar would give the lands and the palm trees, and the Muhayirun would be in charge of the cultivation, care, supply and harvest of the plantations. The idea was well received and was approved by all.

Also, he banned one of the biggest cancers that society eats from its foundations, interest in loans and usury. When someone needs a loan they should be helped instead of sinking it, as banks and lenders do. In Islam, interest and usury are strongly prohibited both in the Qur’an and Sunnah, said Prophet Muhammad, sallallahu ‘alaihi wa sallam: «Avoid the seven greatest sins (capitals): idolatry …, charging interest in loans and commercial transactions … «. [Bukhari and Muslim]